Our lawyers have been lead counsel or co-counsel in some of the most important cases in Illinois. We are a boutique law firm that focuses its practice on commercial litigation, including appeals, real estate, and government affairs. We represent major corporations, partnerships, individuals and some of the leading lawyers and law firms in Chicago. We are consistently rated a top-tier national and local commercial litigation and appellate firm. Virtually all of our engagements come to us through referral or recommendation by other lawyers or law firms.

Our firm successfully represented then-candidate and former White House Chief of Staff, Rahm Emanuel, when his residency and right to seek the Office of Mayor was challenged. The case was ultimately decided by the Supreme Court of Illinois. We, along with two major Chicago law firms, represented Philip Morris in the Supreme Court of Illinois in its successful appeal of a record $10 billion judgment entered against Philip Morris.

We represented the Chicago Board of Trade in litigation between groups of members allowing CBOT to demutualize. The firm also played a major role in the historic merger of CBOT with the Chicago Mercantile Exchange, and then represented CBOT and its members in their lawsuit against the CBOE, which resulted in a $1 billion settlement for CBOT’s members. We have represented some of the largest Chicago companies in defending shareholder derivative actions, and have defended corporate officers and directors in cases brought by the Securities and Exchange Commission and in private actions. We have represented plaintiffs and defendants in substantial products liability cases. We have represented, in several different cases, the Federal Judges Association, the Illinois Judges Association, and the President of the Illinois Senate and Speaker of the Illinois House in obtaining salaries unconstitutionally withheld by the executive and/or legislative branches of federal and state government.

Our principals are Kevin M. Forde, Michael K. Forde, and Brian P. O’Meara. Kevin Forde is a former president of the Chicago Bar Association and an elected Fellow in the American College of Trial Lawyers, the International Academy of Trials Lawyers, and the American Academy of Appellate Lawyers. He has been selected, by peer vote, to the Best Lawyers in America. More detailed biographical information regarding Kevin Forde can be found HERE.

Before founding Forde & O’Meara, Michael K. Forde was a member of the litigation group at Mayer Brown LLP for 13 years, including seven years as a partner, and was a co-chair of that firm’s Commercial Litigation practice group. He has been listed in the Best Lawyers in America for six years. He is a member of the Board of the Illinois Sports Facilities Authority and previously served as the Chairman of the Illinois International Port District. More detailed biographical information regarding Michael Forde can be found HERE.

Brian P. O’Meara was a partner at McGuireWoods LLP. He had been listed as an Illinois Super Lawyer for four years and is a member of the Chicago Bar Association, the Illinois State Bar Association, and the Federal Bar Association. More detailed biographical information for Brian O’Meara can be found HERE.

The Fordes have been the subject of articles in Leading Lawyers magazine, including:

References from individual and corporate clients are available upon request. Please feel free to contact any of our lawyers for further information about our practice. 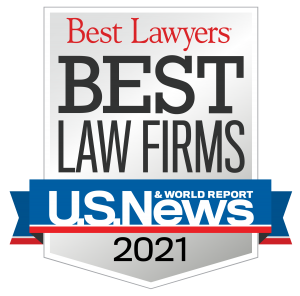